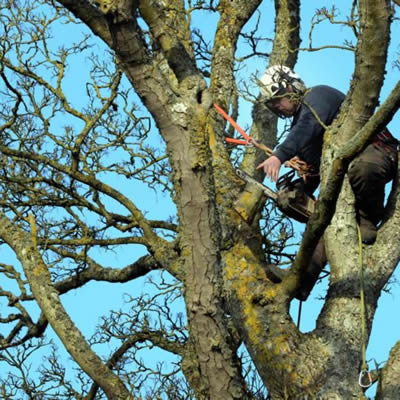 What do you do as soon as a warm spring day arrives? Get outside of course! But you’re not the only one anxious for temperatures to rise. Many overwintering insects are just waiting for warmer weather so that they can wake up. With the spring season now upon us, one tree-dwelling denizen that’s important to watch out for is ambrosia beetles.

Ambrosia beetles are actually a group of insects including several different species. They live their lives inside of trees. However, unlike bark beetles that inhabit the outer layers of a tree, ambrosia beetles burrow deep into the tree. They carry with them a fungus, called ambrosia fungi, that is rubbed off and deposited in the tree as the beetles tunnel. The larvae and adult females depend on this fungus as a food source. Trees can contain from one to hundreds of individual beetles.

Bark beetles are already known as some of the most damaging insect pests of trees. The way they create galleries inside trees prevents the flow of water and nutrients. Ambrosia beetles add insult to injury with the fungi that they introduce. In addition to the boring damage caused by these pests, the fungi clog the infested tree’s vascular tissue causing the tree to decline.

Ambrosia beetles are tiny so it can be difficult to know if they’re in your trees. There is one sign that is hard to miss. Small, toothpick-like sticks can be seen protruding from the tree trunk. As the beetles tunnel, they push sawdust out through their entry hole. This sawdust clings together forming these “toothpicks.” The strands are fragile and break off in wind or rain leaving only pencil-lead sized holes. A pile of sawdust near the base is further evidence of this type of internal insect activity. 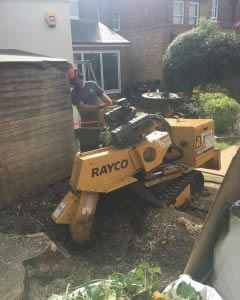 Most ambrosia beetles prefer dead and dying trees though several exotic species attack healthy trees. The insects have a seemingly uncanny ability to find and attack trees that are already under stress. In fact, though, trees under stress produce ethanol, which in turn attracts the beetles. Stressed trees produce ethanol as an emergency energy source. While helpful for the survival of a tree, the ethanol is also a cue for ambrosia beetles looking for a host.

Major weather events like winter storms, droughts or flooding often result in widespread tree damage. When this occurs, beetle populations can quickly rise and establish the area as an ambrosia beetle habitat.

In addition to these natural factors, other stressors can leave trees prone to attack. Improper irrigation, either too much or too little watering, can stress trees. Compacted soil from construction or even just foot traffic can also put trees under unnecessary stress. Lastly, young and newly planted trees can experience transplant shock. Any of these situations increase the likelihood of an ambrosia beetle infestation. As such, reduce the stress on your trees and keep them healthy, and you’ll decrease the chance of infestation. Address compacted soil and any nutrient deficiencies and take steps to encourage healthy root growth. This will relieve stress on older trees and encourage a healthy head start for newly planted trees.

I trust you found the above of help and/or of interest. Similar content can be found on our blog: treesurgeonsc.co.uk/
Let me have your feedback in the comments section below. Let us know what topics we should write about for you next.