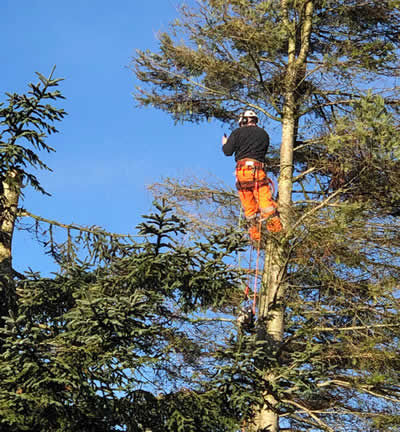 Will believes late winter/early spring is actually the best time for pruning most trees, shrubs, and vines, year round. The exception is early spring bloomers which should be pruned after flowering, in the summer. Pruning in the fall should be avoided, she says, since it stimulates new growth, which isn’t desired when winter is around the corner. Dead, damaged, and diseased branches, however, can be removed any time.

“Here in the Idaho Falls area, your trees and shrubs will get the best benefits of winter pruning if you tackle the task before any hint of spring,” wrote Chase Coates of ID-based Outback Landscape Inc. in his blog. “A sunny day in January or February is a great time to prune. Head out with the shears too early, and your trees and shrubs aren’t yet dormant, and those fresh cuts you make will invite insects and disease. Start snipping too late, in spring, and you could nip off buds and prevent any flowering.”

Coates also notes that ornamental grasses can wait to be cut back until late winter. “Many of them add interest, grace, and movement to [a] winter landscape,” he writes. “Frilly tassels look pretty with a dusting of snow, and the seed heads can feed the birds. Pick a sunny day toward the end of winter—or as late as March—then cut them to about six inches above the ground.”

To Prune Or Not To Prune

What are some spring flowering trees and shrubs that shouldn’t be pruned in late winter? According to Campbell & Ferrara, a landscape design/build company in Alexandria, VA, plants like lilacs and azaleas should instead be pruned right after flowering for best growth. The same goes for roses that only bloom once a year, such as damasks and mosses. It should be noted that trees that produce sap—like maples, ash, birches, elms, dogwood, oak, sycamore, and walnut—can create an unsightly “bleed” if pruned in winter, however it will not affect growth of the tree. 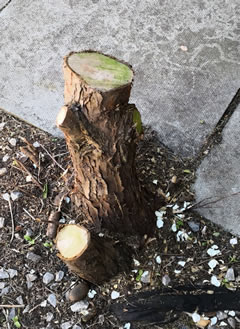 Not only is winter an ideal time for pruning for the health of the tree and shrub, but it can provide lawn care and landscape professionals with a revenue-generating service in an otherwise slow season—especially in areas where substantial snow and ice accounts are not feasible.

“In addition to our regular work in the fall, we really try to get on all of our clients’ properties and build winter backlogs, then set aside work we can do during the winter, like applying anti-desiccants and conducting winter pruning,” said Almstead. “We go through a campaign in which we talk to our clients about the things they should be doing during the winter and what we can handle for them.” Almstead told Vermeer his marketing team has also sent emails to existing customers before winter storms to let them know of services the company can provide afterwards.

Essentially, an anti-desiccant is a waxy coating that slows transpiration (water released through plants leaves/needles) for about four months. Over the winter, when trees and shrubs are exposed to harsh conditions, water can be “lost” more quickly than it can be absorbed though roots. The result can be winter burn—essentially plant dehydration—that shows up in spring as yellow, brown, or damaged leaves. According to the blog of Independent Tree in Newbury, OH, especially susceptible trees and shrubs include those: exposed to wind or an abundance of sun; recently planted (within a year or two); recently under drought stress; or suffering from pests or diseases.

Application timing is crucial. Spraying too early, when plants are still actively transpiring, can trap too much water in the leaves that could freeze and cause cellular rupturing, according to the University of Massachusetts (UMass) Extension. For this reason, plants should be fully dormant, yet weather should not be freezing. Look for temperatures between 40˚ to 50˚ when rain has not fallen recently or is expected. UMass Extension recommends waiting until December to spray conifers in its region. Alpine Tree in Morristown, NJ, says in their blog, that due to anti-desiccant degradation over time, in their region “…an application in November may need to be repeated in January or February.”

It should be noted that conifers with waxy coatings, such as blue spruce, should not be treated with anti-desiccants. Also, due to the potential for damage, if unfamiliar with anti-desiccants “being conservative and applying first to a small portion of the plant may be the best way to proceed,” recommends UMass Extension. For a typical application, however, make sure to spray both the upper and under side of the leaves and/or needles.

The above article was first provided here.

We trust that you found the post above of help and interesting. Similar content can be found on our blog: treesurgeonsc.co.uk/
Please let me have your feedback below in the comments section. Let us know what subjects we should cover for you in future.